In the news today there are stories of government agencies that spy on their citizens and in the streets people march, proclaiming their right to privacy. Spying is the topic of the day, yet my day was made when I found a picture of myself on Google Earth.
I remember when the photo was taken. I was in Rome this time last year, sauntering about the Vatican pretending to understand the significance of paintings (when in Rome..). I was with my mate Josh and we finished up our Vatican visit and walked out into the hot day, feeling hungry. I was hungry enough to not bother being cultured, so when I saw a sign that said ”McDonald’s This Way” – I went that way.
It turned out to be a sign that pointed to another sign, and then another, and another…it went on for over a kilometre. We asked the Italian locals for directions but they would simply shrug their shoulders and dance their eyebrows on their faces. After speed walking around in the hot sun we settled for a burger at one of those hole-in-the-wall places that are sponsored by Coke-a-Cola.
It was at this point a car came down Via Tunisi, mounted by what looked like a disco ball, a Google car! – a street view car passed me earlier in our trip and I missed my chance – with that painful memory in mind I ran straight toward it! Using both hands I gave the spinning camera ‘the finger’.
I took a photo of the street’s name and almost forgot about it. Recently I was looking over some photos, I searched the street on Google Earth and boom! 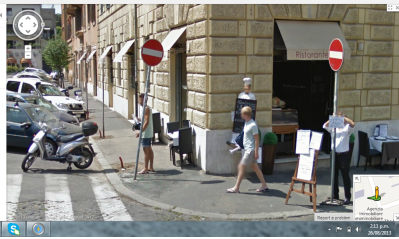 I zoomed in from every angle. Looking at what should be a skinny man presenting you, the viewer, with an unsightly gesture – is instead a white van turning a corner. I noticed the date from the van photo is completely different to the date of the photos that we are in.
They used different photos to get rid of my profanity! I will assume that much and I would not ask for more than that. 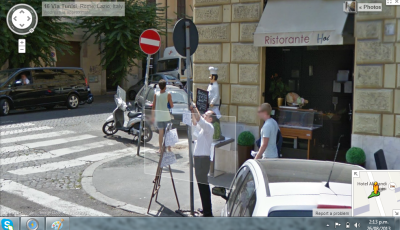 Some Photos We Took That Day 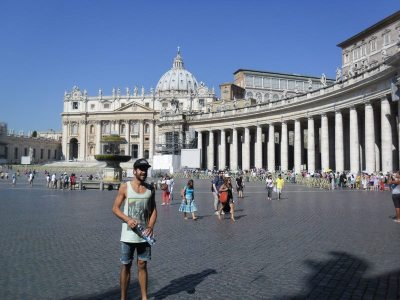 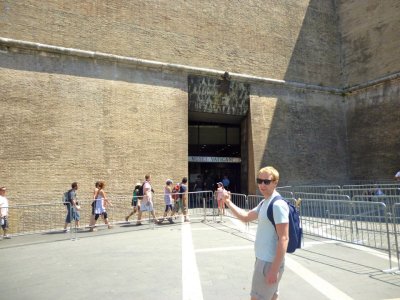 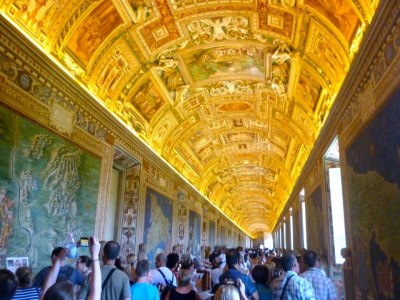 0 comments on “I Found Myself On Google Earth!”