The most popular part of Pokhara is built around the lakeside, a tourist magnet and beautiful enough to warrant it. This lakeside town is often visited at the beginning and end of treks. Everyone I met in Pokhara asked me if I was there to trek, I wasn’t. I was there to get away from Kathmandu, to relax; I mostly relaxed on the toilet because I had diarrhoea the whole time. Thankfully it wasn’t all power cuts and toilet trips. There are four Tibetan settlements in Pokhara and I visited them.

I walked into the deserted classroom and saw the monk at the front, at his desk. He looked like a young Dali Lama. I walked toward him and noticed he was playing on an iPad (with an orange cover, matched his outfit.) I sat down and for 2-3 minutes he continued on the iPad.
He finally put the device aside, clasped his hands together and looked at me with confidence,
“So what do ya wanna know?”
I glanced at the tour guide and gathered my thoughts, out on a limb I blurted “why don’t monks get married?”
The monk put his right hand up, mimicking a scale that represented single life. His left hand was at a much lower level and it represented marriage.
“I have done the mathematics and ‘single’ is the best option. If I meet someone who changes my calculations, I will reconsider.”
I asked him about the school, life as a buddhist teacher and his iPad apps; he liked the calculator (nerd).

The monk invited me to his next lesson, on Buddhist philosophy. The class wasn’t with the children of the monastery, it was with western tourists. Half a dozen people were already waiting as I found my place on the mat and the monk took his place up the front, on a throne. He spent the first 5 minutes of the lesson disassociating himself and the throne, it made him feel ridiculous he said; then he discussed ‘absolute truths’ and how we are to perceive truth.

A British woman asked, or rather stated, “This bottle in my hand… is it really a bottle? how can we label it when in reality it is just plastic formed into a shape that holds water?”
My eyes were rolling like a bowling ball “Yes, but if I ask you to throw me the ‘bottle’ you will have little trouble understanding what I am referring to” the monk replied. My tour guide tugged my arm after a few minutes and suggested we move on, so we did.

Tibet
Tibetan culture captures the imagination and I think it is because I know very little about it. I have a vague image of a people living high in a plateau surrounded by nothing other than mountains with snow, dressed in robes and cut off from the world both by geography and politics.
China decided to crack down on the people of Tibet inside what they saw as territory belonging to themselves. In the 1950’s some Tibetans stayed to fight, some submitted to the might of the Chinese invaders and others escaped over the Himalayas to Nepal, a journey I can barely imagine.
Tibet has an average altitude of 4,900 meters and, if you make it, the walk to Nepal takes 10 days. The Tibetans who fled the turmoil arrived in Nepal where the Red Cross helped establish Tibetan settlements, they are essentially refugee camps and the Buddhist monastery I visited is inside one.

A young Tibetan named Thupten guided me through the settlements, he looked about 25 and discussed the difficult history of his people and introduced me to the locals. Thupten and I were in the house of a local family eating breakfast. As we ate, an old man sat up in his bed, he was 94 and he had been a gorilla fighter in the war with China. I had almost finished my breakfast at this point, the whole time the man was there, staring outside the window. When we left I shook the old man’s hand and he held mine for longer than I’m used to and stared at me. This seems to happen a lot in Nepal, I’ve since engaged in handshakes that survive entire conversations.

The Doctor at The Tibetan Hospital
The doctor told me that every injury and illness results from the thought of injury and illness. I didn’t mention all the bones I’ve broken and I tried not to think about them either. I guess it is the thought that counts. I am a skeptical person and I was inside a hospital entirely devoted to the kind of medicine that invites incredulity. I asked more questions than a police officer, not for the sake of argument but to understand their ideas and how they deal with illness. By the end, the doctor seemed exhausted and told me that it was good to discuss medicine with “someone that knows a lot about it”…that is me, the guy who dropped out of school at 16 and has since nailed bits of wood together for a living. 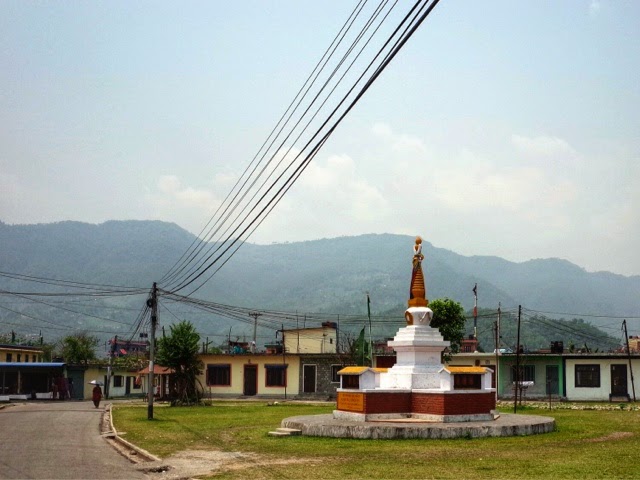 4 comments on “Tibetan Settlements of Pokhara”