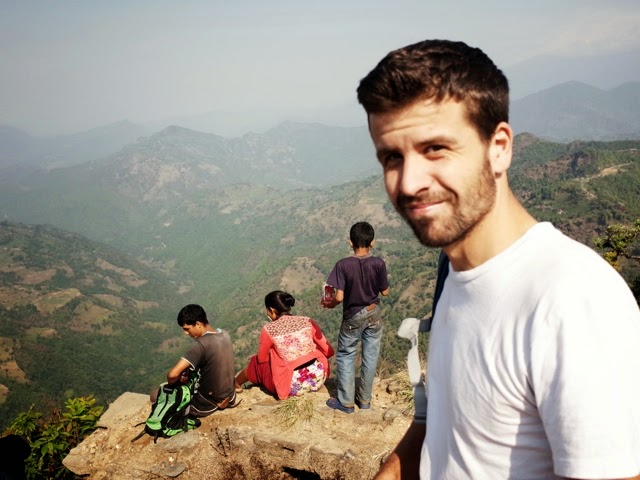 The driver’s seat of the local Nepalese bus was installed just in front of where the motor is. After an hour of ‘human tetris’ at the bus station I was unfortunate enough to have to sit on the motor, behind the driver The motor was boiling my butt and the mid afternoon heat was streaming through the windows to make sure the rest of me didn’t miss out. I was squashed into a sort of squat/fetal  position and the guy just behind me was holding two boxes of live baby chickens and he had to hold them up high because there was no room. The chicks were twittering away the whole time, right beside my ear. I felt like a knocked-out cartoon character.
It was an almost two hour bus ride on a road that dirt motorcycles might race on, dust, not gravel and bumpy and uphill the entire way. 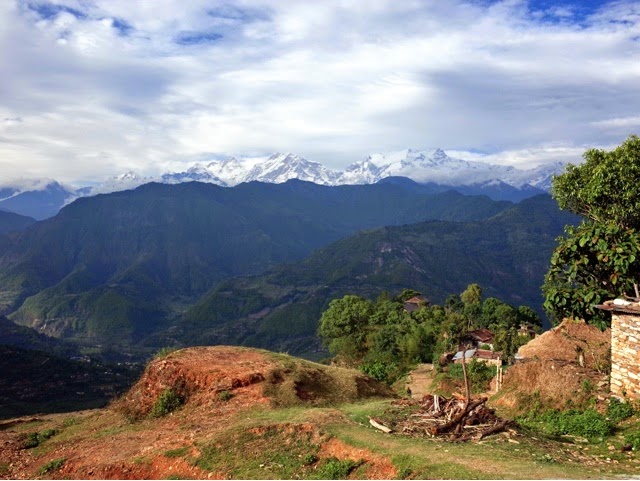 And this is the view from our destination, Gaunshahar, a village of maybe a thousand people spread out around the hillside overlooking Besisahar. The eventual clearing of the low lying haze revealed the Annapurna range wrapping around the horizon and too long for one photograph. This is where I stayed and volunteered for a guy called Shamser who I found on workaway.info. He holds a sort of leadership role in the village, he is the principle of the nearby school and has set up an internet room using donated computers and has plans for a micro-financing company to lend money to locals.
Shamser had cut out a flat section further down the hill from the house in which his family, myself and other traveller guests slept. He had paid local builders to build a Nepali roundhouse with thatch roofing and rock walls, just outside the house a bathroom was built in the same style. The surrounding area had tree branches and uneven ground, Shamser wanted a sort of outdoor area and asked for ideas and left it to us.
A couple of fellow volunteers and myself removed the cut trees and dug the ground flat, piling the dirt in a void behind the bathroom. We decided to turn the pile of dirt into a raised garden with a wall holding the dirt 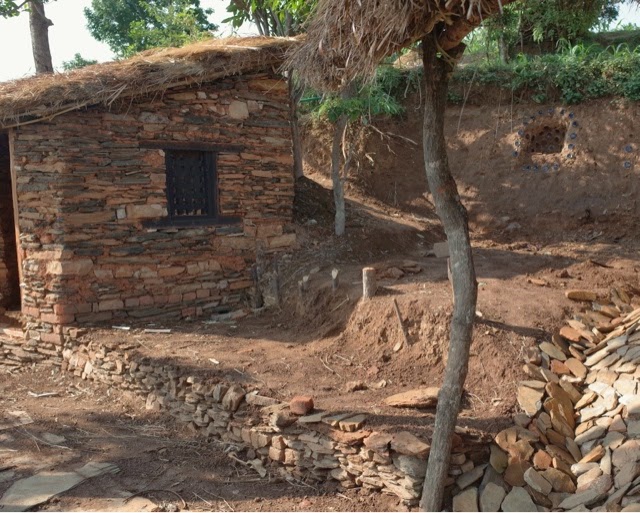 On a Sunday the villagers made the two hour bus trip to Besisahar. Dressed in saris and with make up for the occasion. Some woman had barely left the region their whole lives. After a couple of bus rides in Nepal I can sympathise with the desire to stay put. The other volunteers also made the trip down the valley because after 4 or 5 days of good but basic food you miss chocolate and coffee. I stayed behind, I only had a few days left in this village and I’d yet to build anything.
As Shamser brushed his teeth before leaving for school (they have school 6 days a week in Nepal). He pointed to nearby tree branches and gave me an axe and a handsaw that was ridiculous looking and even more amusing to use. It was my best tool – a tool that if added to my tool collection in New Zealand – would be my worst tool. I shouldn’t complain, I traveled to Nepal hoping to build something with absolutely no building equipment.
I made posts from bamboo and drove them into the ground using the backside of the axe. I shedded bark from the tree branches, placed each one horizontally and I dragged dirt behind to pin the branches against the vertical bamboo posts. The weight of dirt held each branch against the posts until I had my wall at a level height with the garden it was retaining. I tied the top row of bamboo to the posts with thin strips of bamboo- locking it all together.
I remembered that Shamser had pointed to a pile of granite, the locals chip out the granite from the mountain they live on. He wanted me to use it to form stairs up the slight hill toward my new building project. Granite is flat and I thought “This wall is seat-height, I could put granite on the garden and make a seat!” I did just that. And then I built another little wall to act as a back rest. It turned out pretty good, a sort of outdoor couch. 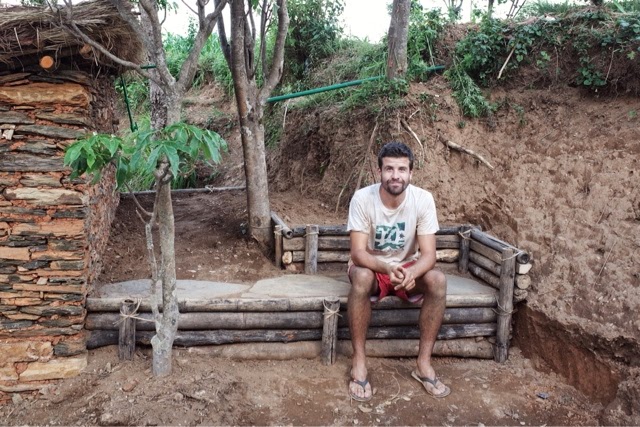 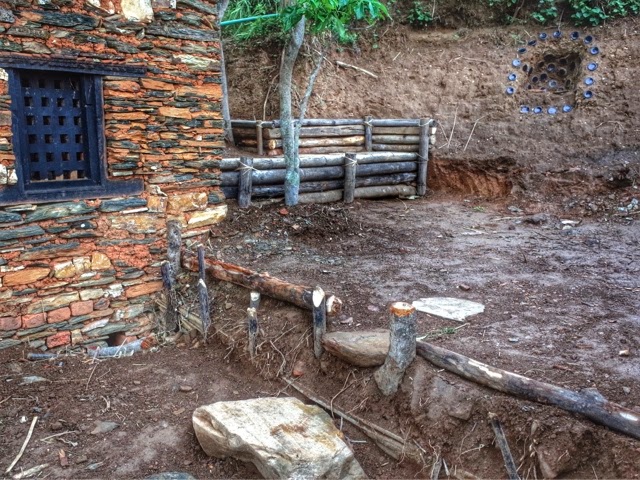 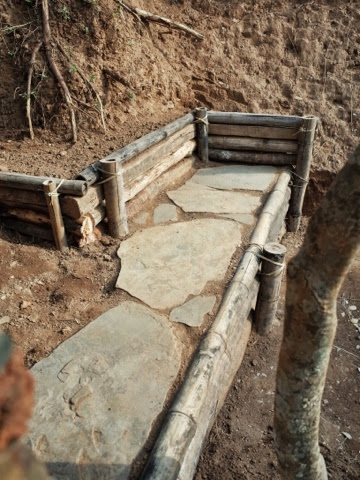 And there it is, The fourth continent I have built on and I did it in a rural village in Nepal. A place I never would of thought about visiting had I not set this goal for myself. The exposure to new experiences is the best thing about choosing to build on every continent. Nepal has been a bit of a challenge, a country so different to life in New Zealand will always remove me from my comfort zone. Village life was interesting to say the least, I’d done what I came to do and was left to relax and watch a chicken be executed, then I helped eat it. We hiked up to the hill where the original king’s palace lay in ruins. I enjoyed watching birthday celebrations for a four year old local named Babu. and met some great people, villagers and travellers alike. 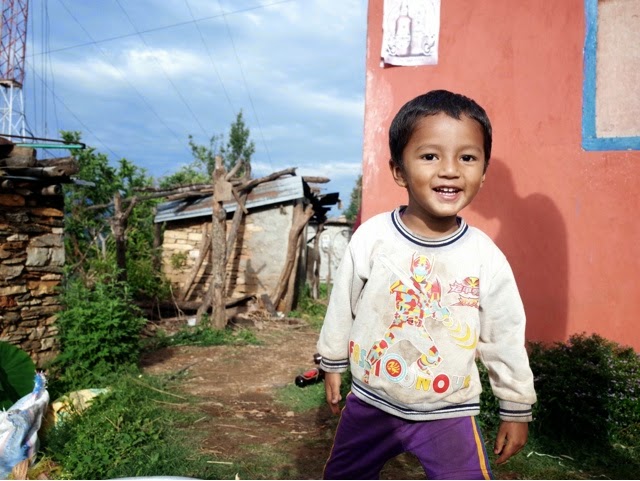 This is Babu, 10 seconds after playing with a beheaded chicken in a bucket. 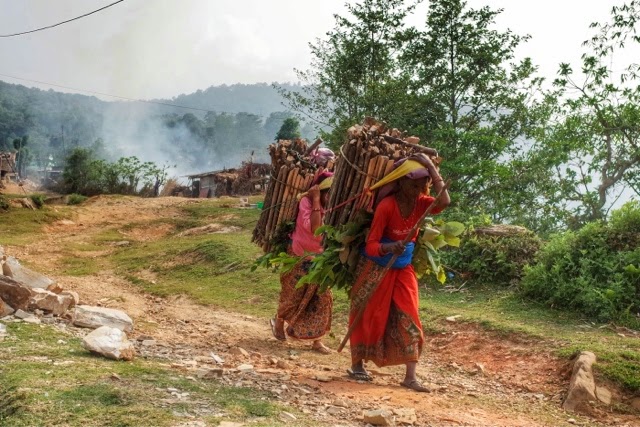 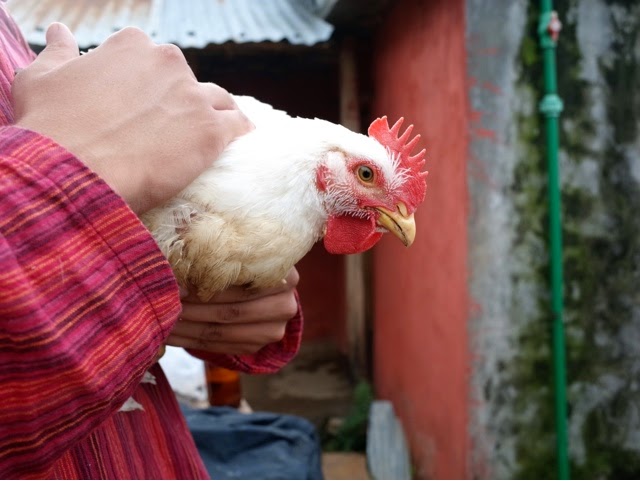 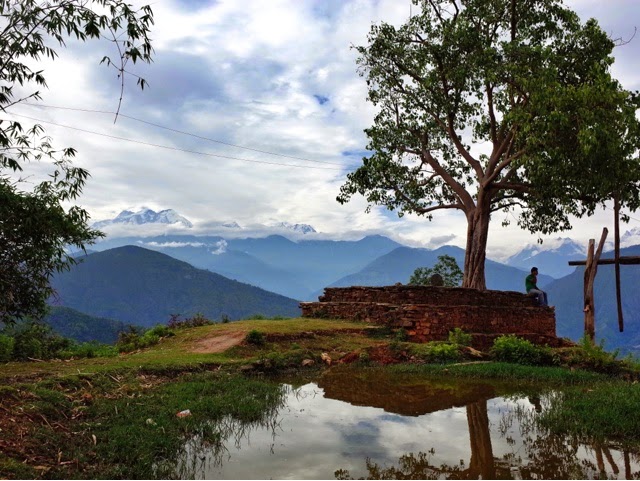 The tree in front of the home we stayed in, welcomed by Shamser. 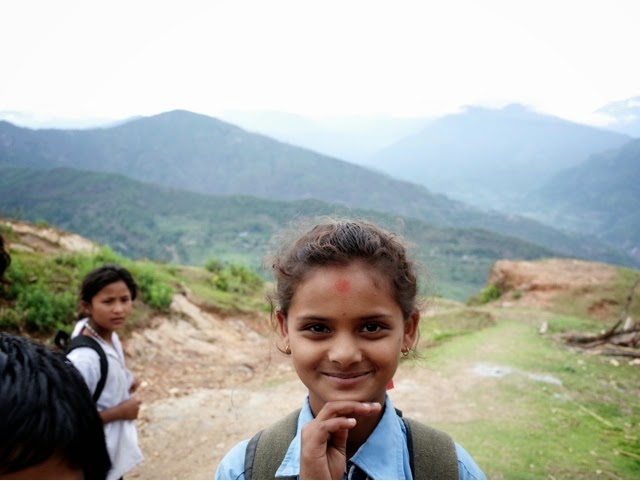 A girl from the nearby school on her way home. Most of the kids that pass by ask each of us our names and where we are from. 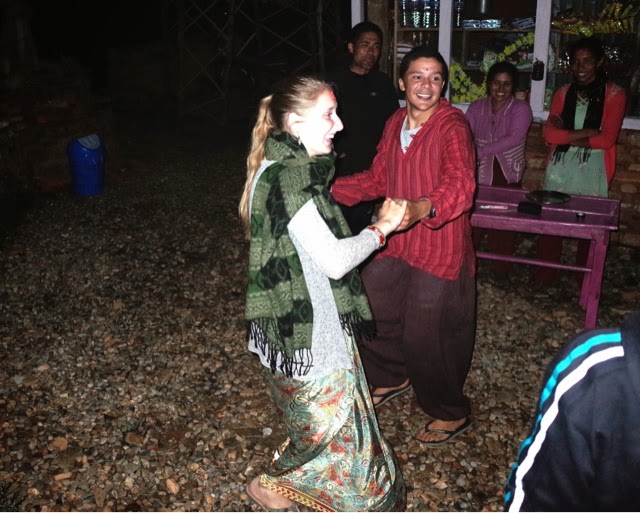 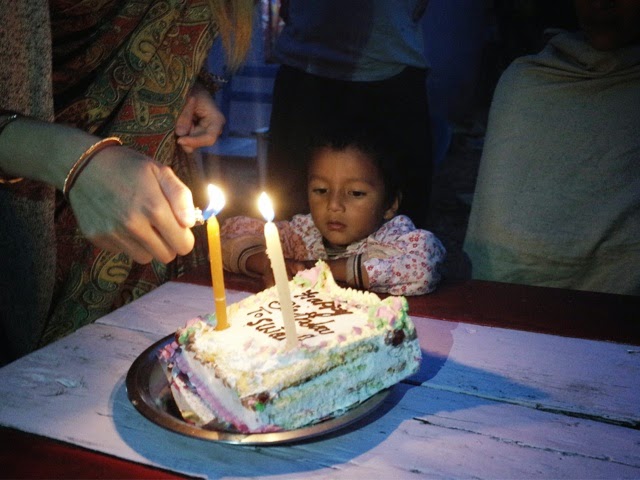 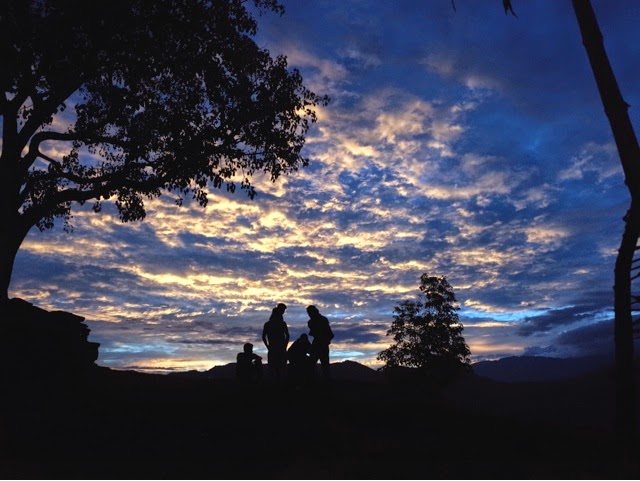 Sun setting over Gaunshahar. One of the men here is having his hair cut. 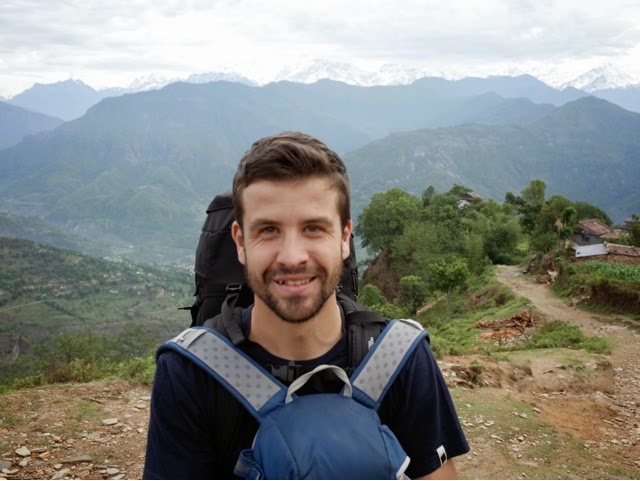 Me, leaving Gaunshahar. Back to Kathmandu by bus, 1 bumpy kilometre at a time.