I returned to Vancouver feeling relieved, happy to be away from Vancouver Island and back with friends. I’m Lying in bed looking at the ceiling, letting my mind drift over the experience and thinking about my goal.  A half-put-together kitchen and a door on a hut that was built for 15 chickens. Not much to write home about.

Or maybe it is? I make the rules, no one told me to build something on every continent, did they?

I’ve fallen in love with Vancouver a bit, we’ve spent a good 2 weeks here. We biked along the beaches that squiggle their way toward the city centre. We explored Granville Island markets and the North Shore. Even took a drive down the third-world district on the east side of the city centre. A stretch of road strung end to end with drug addicts, camped out in tents. I kept my window up and my hands within the vehicle like I was on a human safari.

Jess and I were lucky enough to stay with our friend Marshal and his family. The more I think about this the more grateful I feel.
Marshall’s father pulled me aside and asked if I would be interested in giving him a hand with his friend Karl’s gate.

Martin and I got some tools together from the garden shed and loaded up the car. Karl is from Newfoundland and it turns out people from there have a great accent. It sounded like he was reciting verse. He was just asking me if I wanted a drink. Karl teaches creative writing in UBC, He flies to Newfoundland with his wife as much as they can. It is the other side of Canada but costs the same amount it costs us to fly from New Zealand. Canada is huge.

Karl’s family recently moved next door, their backyard’s meet together with a low fence dividing them. They asked Martin if he could turn a part of the fence into a gate so they could pass through to one another’s  house. We cut the fence and cemented in a new post to hinge our gate off. We built the gate, hung it and had some lunch.
Last I heard, the family had Father’s Day in the back yard and the kids were going back and forth through the open gate!

Another thing I built in North America! 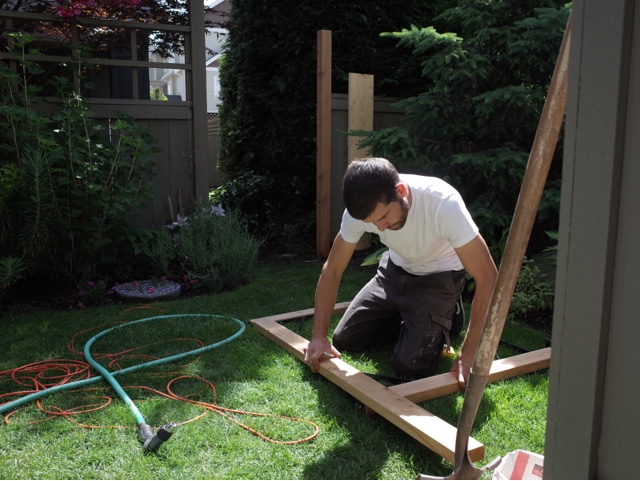 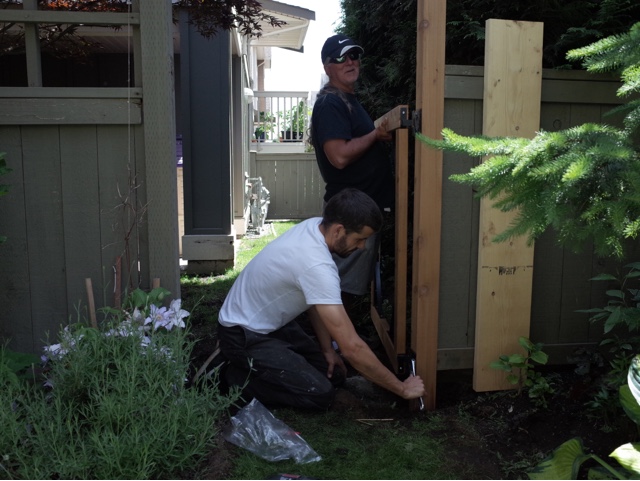 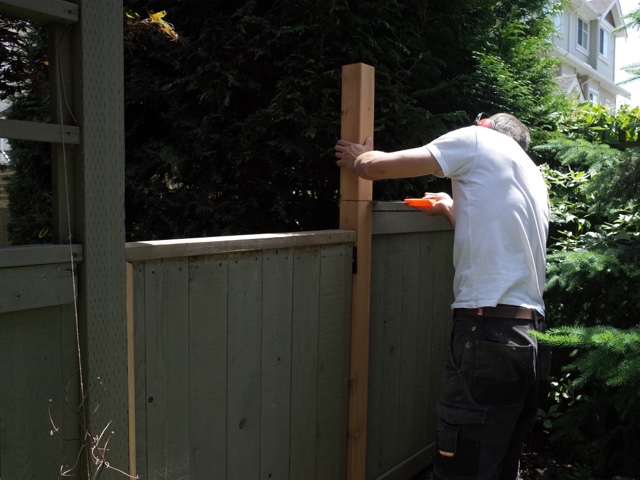 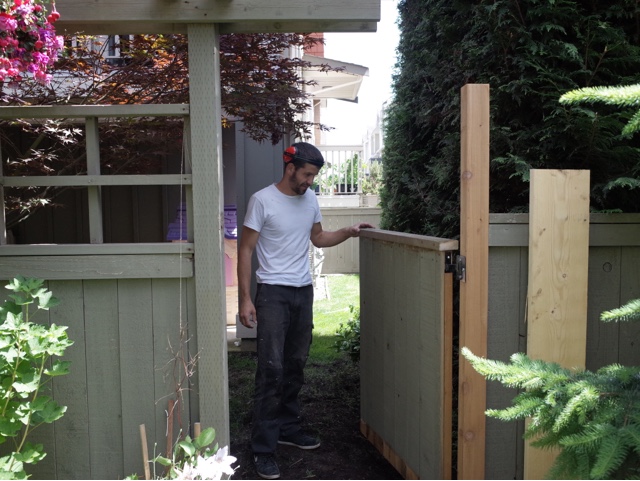 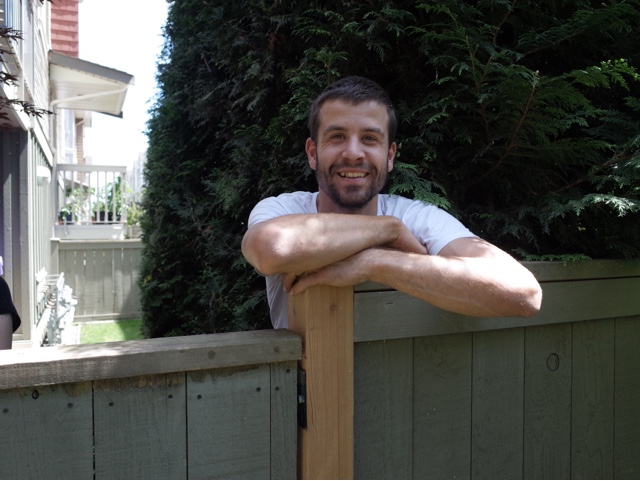 So that is North America.

4 comments on “I built a gate in North America”