What brings so many thousands of people to Edinburgh every year? The historical city centre!

A city is made up of the buildings and people that live in them. History is cool to read about but it is even better to walk through the streets that people have lived in for centuries. I love Edinburgh and I currently live in it, here are my favourite buildings

This huge reddish sandstone building used to be a railway station and now it is a hotel with views of the castle and Princes Street Gardens. If you walk down Rutland St you can still see the arches that train passengers would walk under every day.

I still remember “wow”ing out loud when I first saw this towering  block of church. It’s a marking point for the west end that can be seen from many areas of the city. The twin spires were finished in 1917 one is called Barbara and one is Mary. That is a fact.

Come on! This had to be on the list. How can you not include the most besieged castle in Britain built on top of a 300 million year old rock? 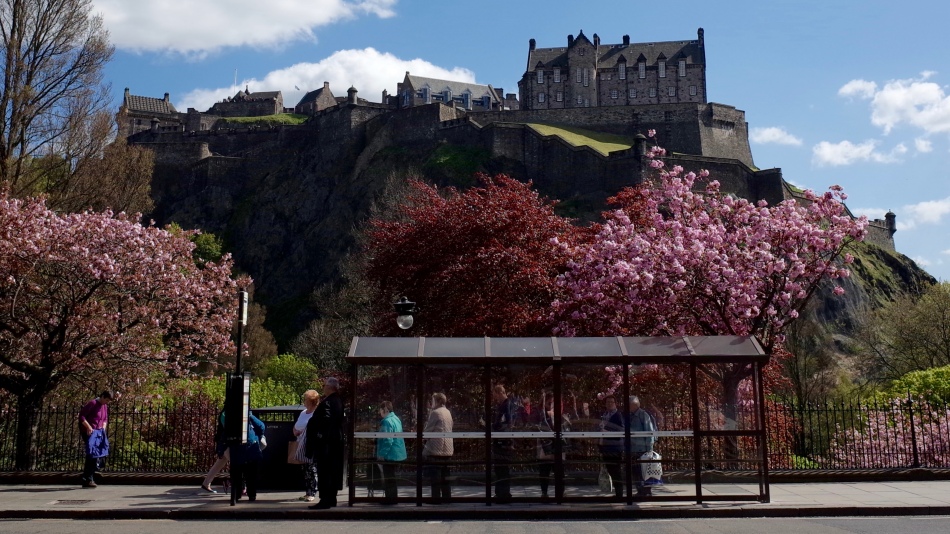 If you are lucky enough to visit this city, try and see a show at the Usher Hall. I love the stone work, curving around the perimeter. What’s interesting is the dome at the top is only there to compliment the circular structure on the outside, inside is a flat ceiling. It was built as a concert hall so a large dome would not have worked acoustically.

Great building and surrounding area is beautiful. We went there recently, and walked down to Crammond Island afterwards. The property is large and slopes North, overlooking the Forth and Fife. The previous owners were a couple who renovated the property extensively. They did not have children so they gifted the property to Scotland on the condition that it remained untouched.

I’ve always wondered what lay within this bold stately structure. The answer? pretty much nothing. It has been empty for a few years now but there are plans to develop the building. Originally it was a school for the hearing impaired. Queen Victoria opened the building and said it was more impressive than many of her palaces.

I love this building not so much for what it is but what it represents. Their preservation policy is to do “as much as is necessary, but as little as possible” to maintain the property. The intention is to give you the feeling that nothing much has changed in the estate’s 300 year history.

This 200 foot tower was built in honour of Sir Walter Scott after he died.

The city held a design competition for the monument, which was won by a John Morvo. As it turns out, John Morvo was a pseudonym for a guy called George Meikle Kemp. George was a 45 year old joiner and self-taught architect who was afraid that his lack of architectural qualifications would disqualify him!

George won the competition and the tower still stands in Princes Street gardens today. George the joiner never had a chance to see the completed project. Shortly before its completion he was walking home on a foggy night, fell into the Union Canal and drowned. Poor guy.

I love that the boxes weren’t removed or destroyed but instead utilised in many creative ways. From coffee shops to florists, check out the website

2 comments on “9 Cool Buildings in Edinburgh”